H is for HELEN When my Great Aunt Angie gave me a copy of this tintype photo of my great grandmother, Helen Florence Scott,  I felt like she had given me a gold mine!!!   Helen was born November 5, 1860.  I am sure this is the oldest photo of an ancestor that I have acquired.   Helen taught her love and knowledge of genealogy to her daughters and without a doubt, I credit her with passing that interest on to me through them.

Helen Florence Scott was the daughter of Hosea Philip Scott and his wife  Sarah Angeline Chauncey of Armenia Mountain, Bradford County, Pennsylvania.  This is the branch of the family that descends from the pilgrims of Mayflower fame.  My father, Dick Hughes, told me that Helen was a quiet person who always had her Bible nearby.  People said she had enough religion for the whole family.   That must have been a  lot since she was the mother of 10 children!

On December 3, 1883,  twenty- three year old Helen married 18 year old Charles Shafer Estep,  son of James and Elizabeth Estep,  recent immigrants from Wales.   Charlie got busy begetting children, mining coal and  doing carpentry work.  Soon George their first born arrived in 1885 , then Angeline in 1886.  Baby George died  in 1888 and Florence Helen was born in 1889.  Francis came along in 1890  and then little Chauncey in 1892  who only lived a couple of months.   Helen was  birthing babies every two years!!!  Esther was born in 1895, Clarence "BenZet" in 1896,  and  Laura in 1898.  Trumpeting in the 20th century  was Wilma Jane in 1900 and the baby of the family, my grandmother,  Zilpha Marie joined them in 1902.  Helen was busy  with her large family and reading the Bible! 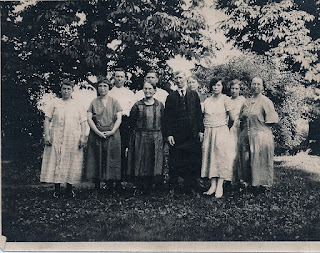 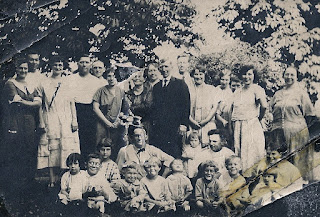 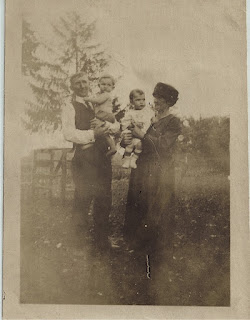 This is a sweet picture of my father,Richard Hughes, in the arms of his grandmother Helen Estep.  Charlie is holding Curzon Cady Ferris, son of Wilma Jane.  Dickie and Cady were  born four days apart. Helen provided  a nurturing influence  in my father's life as his parents separated when he was young.  He lived with his grandparents for several years when he was growing up. 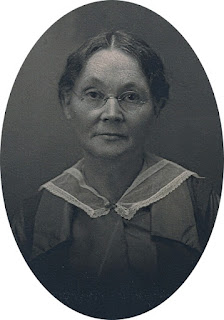 Helen Florence Scott Estep  was 69 years old when she died  on August 13, 1930.   She and Charlie had been married 47 years.  During their married life they had made their home in a number of different places. First on Armenia Mountain, later in East Troy, Pennsylvania.  Then the family moved to Elmira (South Port) where Charlie built homes.  When Charlie retired from the building trade he moved the family to Savanna,  Pennsylvania where Helen died.   Charles died in 1943.  They are buried in Glenwood Cemetery, Bradford County,  Troy, Pennsylvania.