Michael Worman was ready to serve his country as a member of the Pennsylvania  Militia.  His name is found in the  list of the Militia belonging to Captain Nicholas Patterson's Company of Militia for  Tinicum township, Bucks County, Pennsylvania.  Michael Worman belonged to the 5th class.  The men in each company were listed as being either part of the first class, second class, third class, etc. and were required to show up for their two months of active duty at the time and in the order that their class was called up.


Born in March of 1729, he was  the son of Johann and Elsbeth Bossert Worman.   He married  Catherine Hertzel, a daughter of Henry and Margaret Hertzel,   on November 27,  1760 at the Tohickon Reform Church, Bedminster Township, Bucks County, Pennsylvania.  Catherine who  was born in June of 1745 was just 15 years old at the time of their marriage.


He was active in local civic affairs as evidenced in1768 when he was listed  among  the inhabitants of Tinicum, Nockamixon, Bedminster and Plumstead who asked permission of the court to build a stone bridge at their own expense  to replace the  wooden one, but it was not granted. Among the petitioners  are the names of George Hillpot, William McIntyre, Michael Worman and Abraham Fretz. "The History of Bucks County"


Michael lived to be 89 years old when he died April 15, 1818.  They had been married for 58 years.  Catherine lived to be 86 when she died on January 3, 1832.  They  are buried in the Old Section of Lower Tinicum Union Cemetery, Tinicum, Bucks County, Pennsylvania near the Tinicum United Church of Christ on Dark Hollow Rd, Pipersville Pennsylvania. 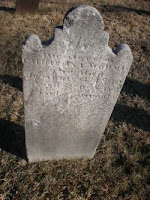 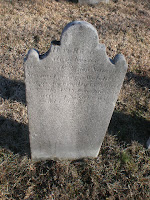 Michael and Catherine Worman were my 5th great grand parents.

This site may be linked, but not duplicated in any way without consent. The copyright on this page must appear on all copied and/or printed material.
GENEALOGY IS A WORK OF HEART
Your comments and suggestions are appreciated. It is with pleasure that I am able to present this information here for you to see. If you discover a relationship here, I would very much enjoy hearing from you.