As a teenager, Henry Good provided  Active Duty  service in the Pennsylvania Militia during the Revolutionary War.  The card on file in the Pennsylvania Archives on line  says that he  was a Private in Captain Manus Yost's company of the First Regiment of Foot, commanded by Colonel John Keller, Bucks County, Pennsylvania. Henry was in the 1st class serving during the months of September and October, 1781.  He mustered out October 11,1781.

At the time of his service, Henry would have only been about 17 years old.  He was born on December 10, 1764, most likely in Bucks County, Pennsylvania where he spent his life. His father was Michael Good, a weaver whose will was probated August 24, 1778.  Henry is named in his father's will:  Bucks Co. Abstracts of Orphan's Court Records File # 664, Aug 3 1779,  Michael Good, Nockamixon twp., died about 2 years ago, Widow, Elizabeth, 4 children, Henry over 14, George, Rebecca and Elizabeth.

Henry Good married Catherine Barbara Schick,  about 1786.  Catherine's maiden name is given in the baptism record of their daughter, Magdalena.  In the Nockamixon Church record,  Magdalena's parents are named as  Henry and Catherine Shick Good.  In turn Catherine's  baptism record is found in  the Tohickon Reformed Congregation in Bedminster twp., Bucks Co., PA. on page 112.  CATHERINE BARBARA, born 2 March 1761, baptized 23 March 1761 at Tohickon Union Church.  Her parents are Michael and Margaret Schick  and her sponsor was  Catherine Barbara German. 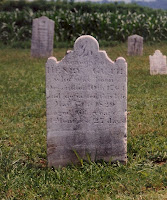 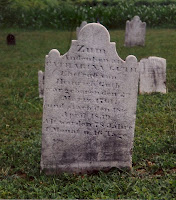 
He was  known by his German name - Heinrich Guth.   And also  Henry Guth or Heinrich Good or Henry Good. His son, John, who was born February 2, 1787,  moved to Lower Mount Bethel, Northampton Co., Pennsylvania.  The Good family of Lower Mount Bethel descend from him and his wife Rachel.  They had a son, John, Jr. , who had a son named Henry.  Henry's grandson Earl was the father of Dorothy Alice Good.