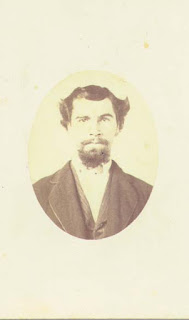 Jeptha Hughes was a fine looking man with a full head of hair!  But, besides that,  his story is that of the ancestor every kid who ever came to a Hughes Reunion in Tioga knew.  The Hughes family is proud to be descended from Jeptha.  For generations Hughes boys have carried his name.  The idea that he was the man who came into the area and claimed or bought up the land that my grandfather was so proud to point out to me as we stood on a hill top and say, "as far as you can see" was Hughes land. He was born in 1791 at Danville,   Pennsylvania, the son of Thomas and Mary Stevens Hughes.  His father, who died when Jep was still a minor in 1807,  was a pioneer to the area of Northumberland County, Pennsylvania at Catawissa, near where the East Branch of the Susquehanna River joins the West Branch.   By the time Jep was 18,  his father's estate was settled in court, after which he and his brothers Isaac, Jesse and Jonathon moved further north to the area of present day Hughesville, Pennsylvania.  In the History of Tioga Co. Pennsylvania it is noted that Jeptha purchased a track of land in Lycoming Co. on March 26, 1816 when he was only 25 years old from John Harrold and laid out the village of Hughesville.  Jeptha Hughes was a man of vision!

Four years later, in July, 1820, he sold his interests and eventually migrated to Tioga, Co. where he was a farmer. He located first in a place called Beecher's Island where he stayed until April 12, 1838, after which he settled at Mitchell's Creek where he remained the rest of his life.  Daisy Miller Hughes gives this account.  "Jeptha set out on foot with his father's brother George (who may have been his cousin) to seek a new territory. They came to a small village on a mountain called Blossburg. They learned of the coal available there and continued to travel until they came to a deep valley called Beecher's Island, and found shelter with a family who told them it was a dwelling place for Indians who called the river Cowanesque, and at the upper end a settlement called Nelson. A winding river and road along the mountain side led north to a village called Painted Post. This section was traveled by paths made by Indians. Jeptha liked what he saw of this land and soon bought a portion and sent for his wife and family. They settled and soon a small community was formed at a place called Beaman, and later Tioga Junction, when the Erie Railroad was built in 1863 from Elmira to the coal mines in Blossburg." 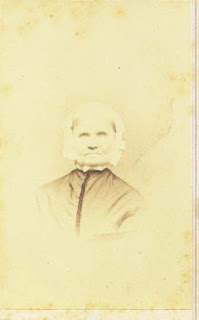 Jeptha was married to Elizabeth Hill, a daughter of Frederick Hill of Lock Haven, in 1816. She was born in 1796. Also known as Betsy, Elizabeth died March 17,1881 when she was 85 years old. They were the parents of six daughters and two sons. Three were born by the time they migrated to Tioga;  Rachael, who married Charles Button, Sarah, who married James Dewey, and Frederick, the only son to marry and carry on the Hughes name.  Polly who married John Van Wey, Elizabeth who married Charles Gray, Rebecca, who married David Cunningham, and Catherine and George, neither of whom ever married, were all born in Tioga County.

Jeptha Hughes is recorded on the 1820 census in Lycoming Co., Muncy township, this being prior to his relocating in Tioga county.   On the 1830 census the family is found in Tioga Co., Elkland township.  The 1850 census record locates him in Tioga Co., Lawrence township at which time Elizabeth, Rebecca, George and Catherine are still living at home.  Jeptha is listed as having a property value of $200.00. His neighbor is son, Frederick, whose property value is listed as $1500.00. Another neighbor is John Hughes, age 25, perhaps a nephew.   Jeptha acquired much land in his life time and was able to leave large estates to his children, especially his son Frederick.

Jeptha lived to be 75 years old. This abstract from the Tioga County Agitator records his death. "1866, 7 FEB.   Hughs, Jeptha   died in Tioga, Jan 12, 1866, Jeptha Hughs (Hughes) aged 75 years. He has long  been a resident of Tioga township and leaves a large circle of relatives."  Betsy died  on March 17, 1881 at Mitchel's Creek, Tioga twp. Pennsylvania. She was 85 years old.  They are buried in Evergreen Cemetery in Tioga, Pennsylvania. 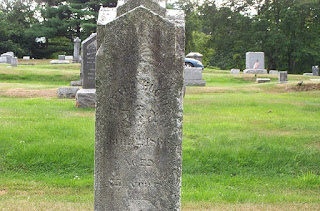 Jeptha and Elizabeth Hill Hughes were  my 3rd great grandparents.  Their son Frederick,  was named to honor  his grandfather Frederick Hill.   Frederick married Harriet Van Why and had a son named Simeon who married Fannie Westlake.  Their son Richard was my grandfather.