Bernhart and Maria Eva Miller of Northampton Co. Pa.; their children and grandchildren, circa 1722- 1850 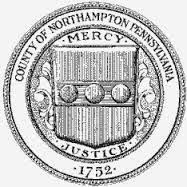 The sons and daughters of Bernhart Miller  and his wife Maria Eva were among the first settlers to move into the area north of Easton known as Mt. Bethel, Pennsylvania.  Many German people had arrived in Pennsylvania at the invitation of William Penn to settle the land and find a place where they could practice their religion in the 1700's.  They belonged to a group of people known as the Palatines. These immigrants were from the region of Germany along the Rhine and had been persecuted because of their religious beliefs, many of whom were either Lutheran or Reformed.

Bernhart's parents were Johann Mueller and Maria Eva Kost.   Two years before coming to America he married 23 year old Maria Eva Muller on June 9, 1747, a daughter of Johann George Muller and Anna Susanna Unangst.  Bernhart was 27 years old when he and Maria Eva sailed for the new world arriving in Philadelphia, PA  on the ship Patience on September 19, 1749. He died at age 70 in 1792 in Williams Township, Northampton Co. Pennsylvania.  Maria Eva Muller died June 21, 1802 at the age of 78 years in Forks Township, Northampton Co., Pennsylvania.


The first three generations of the descendants of Bernhart  and Maria Eva Miller presented here  is in no way complete.  But the hard stuff has been done for you.  After the third generation people ought to be able to connect the dots with their own research. While all efforts have been made to assure the accuracy of this information, please be sure to verify all data yourself.


It is my hope that by making this research available to others via this Blog, Who's Your Grammie, further documentation of the Miller family in the Mount Bethel's of Northampton Co. PA will be possible.


The work here is a composition of efforts made by many researchers, whom I thank for their generosity in sharing their work with me, especially a distant cousin, David Miller, who did most of the research work the hard way. David did not use a computer for his research and would send me long typed out lists which I retyped into html code to create the original Miller Family Register  which I have online at: http://freepages.genealogy.rootsweb.ancestry.com/~chsmith/millerreg1.html.  Those were the days!  David  passed away on  July 12, 2010  and I am truly grateful to him for sharing his work with me.


Please see the  third generation of the  descendants of Bernhart  and Maria Eva Miller. This page is an earlier work compiled  by David Miller that was put online some time ago.  Additional documentation, notes and references to this material may be available if you are interested. Any additions or corrections you may have are most welcome.
Copyright


This page  © 2015, Cynthia H. Smith
Send email to chsmith47@yahoo.com
All Rights Reserved. This site may be linked, but not duplicated in any way without consent. The copyright on this page must appear on all copied and/or printed material.