James Ross was born October 10, 1755, twenty one years before the onset of the Revolutionary War.  He grew up in the area of Lower Mount Bethel township, Northampton Co., Pennsylvania where his father owned a large parcel of land. Work there included clearing the land for cultivation,  care of animals and growing crops to provide for the needs of the family.

James, the son of Thomas and Jane Barr Ross,  served his country in the Revolutionary during at least two enlistments.  The Pennsylvania Archives 5th Series Volume 8  provides us with two records.  On page 559 his name appears in the June 1779  payroll list of Captain John Nelson's Company of the Lower Mount Bethel, Northampton Co. Militia.  On page 606 of the PA Archives 5th Series Volume 8  it is noted that Private James Ross  served in  1781 under  Capt. John Nelson’s Co. Lower Mount Bethel.


There is no record of his service filed with the Daughter's of the American Revolution. And I was unable to find a card for him on the Pennsylvania State Archives online in the Revolutionary War Military Abstract Card File Indexes.  However, local historians, Lonnie and Gail Miller,  verified  his records as recorded in PA Archives 5th Series Volume 8 pages 559 and 606.  Through their efforts he is registered  with the Veteran's Grave Registration of Northampton County, Pennsylvania and a bronze flag holder and flag now decorate his grave.

In 1786  he is found in the  Pennsylvania, Septennial Census living in  Mount Bethel, Northampton county, Pennsylvania.   In addition to the name of James Ross, the names of his father Thomas Ross and brother  Thomas Ross, Jr. also appear on this record. 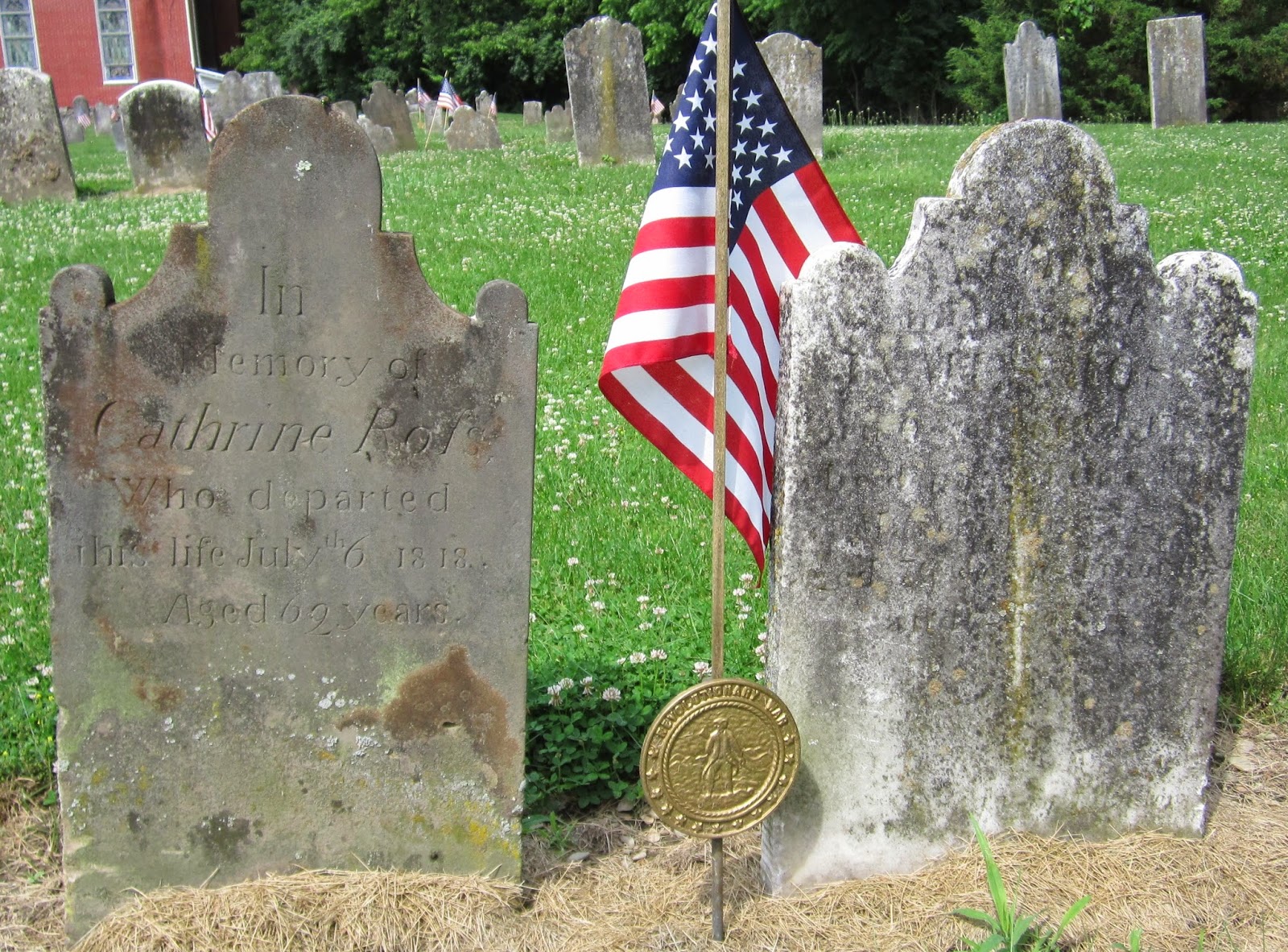 James and Catherine Ross are buried in the  Scotch-Irish Presbyterian Burial Ground, Lower Mount Bethel Township, Northampton Co.,  Pennsylvania along with James' father Thomas Ross.  Her gravestone says... “In memory of Catherine Ross who departed this life July 6, 1818  Aged 69 years.”  This indicates that she was born in 1749. Her maiden name is unknown. His stone is difficult to read in entirety, but you can make out  his name. The transcription found in The Scotch-Irish of Northampton County p., 590, #266,  says "James Ross,  born 10 October 1755,  died 4 March 1832".

Copyright
This page  © 2014, Cynthia H. Smith
Send email to chsmith47@yahoo.com
This site may be linked, but not duplicated in any way without consent. The copyright on this page must appear on all copied and/or printed material.  All rights reserved! Commercial use of material within this site is prohibited!